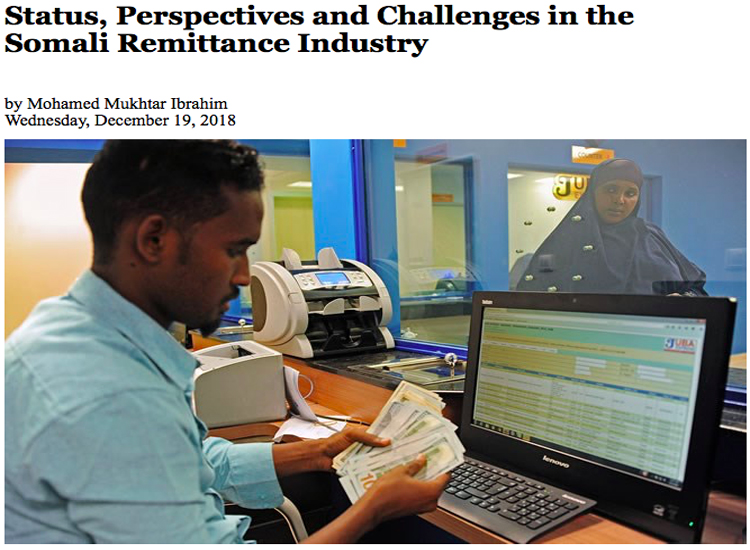 Somalia is among the many African countries who have benefited from remittance from their Diaspora population. The existence of remittances economy in Somalia was boosted by two main factors: the rapid growth of a migrant workforce from the early 1970s and the unrealistic fiscal and monetary policy – especially the maintenance of a totally artificial exchange rate that quickly led to the emergence of vibrant parallel or a black market, often managed by state officials and their associated middlemen..... 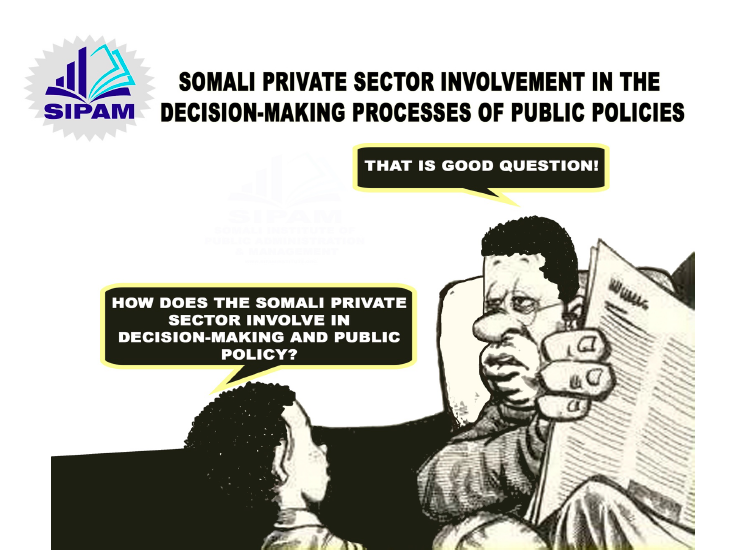 Integrity Week is an annual event that is observed worldwide between 18th and 22nd March. It provides a platform for policymakers, academics, and practitioners globally to advance conversations concerning policy, best practice, and recent developments in anti-corruption and integrity measures......READ MORE 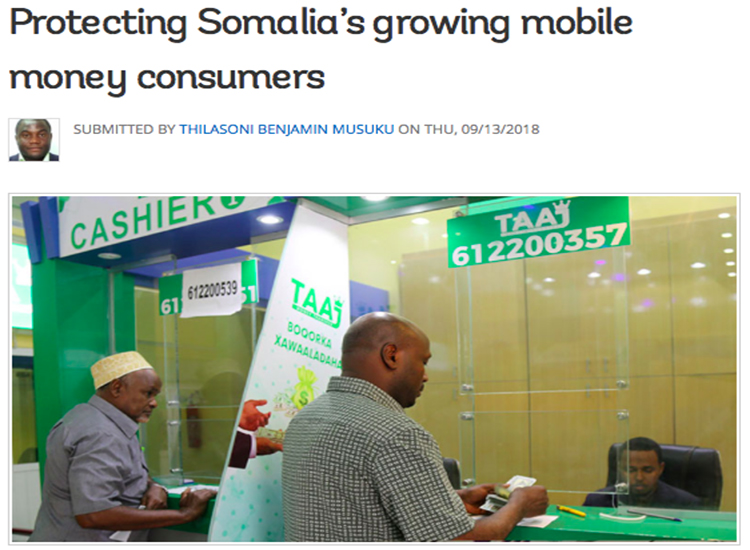 The mobile money market is booming in Somalia. Approximately 155 million transactions, worth $2.7 billion or 36% of gross domestic product (GDP), are recorded every month. Mobile money accounts for a high proportion of money supply in the domestic, dollarized economy and has superseded the use of cash; seven out of 10 of Somalis use mobile money services regularly........READ MORE
This paper was originally Published Worldbank.org 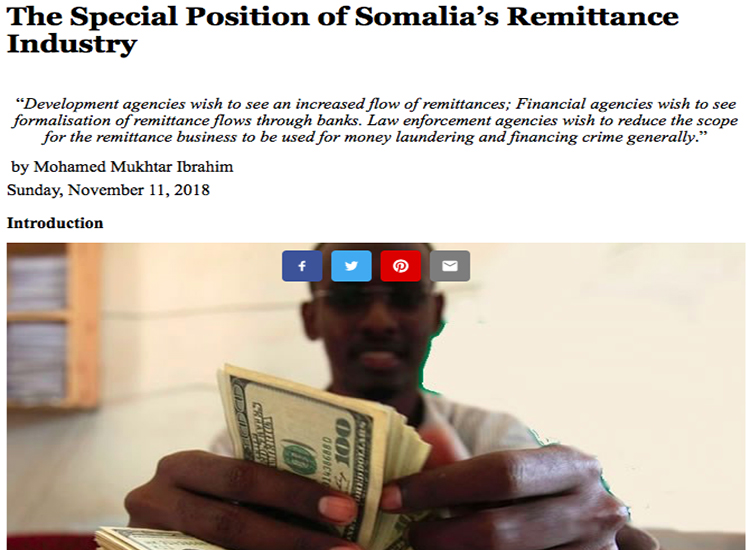 The non-bank financial entities in Somalia have played a critical role in an economy where the state has been absent or weak. The thriving mini-industry has offered money transfer solutions to locals, diaspora Somali’s and investors across the board in need of money transfer services both locally and globally. Its special position in a promising economy goes without mention as a critical ingredient growth and development of a “new Somalia”...READ MORE

On 28 November 2012, Somaliland conducted its second local council elections since its independence was declared in May 1991. Councils—district and municipal—are the lowest elected level of public administration in Somaliland. This was the fifth election held since the first local council elections in 2002.......READ MORE
This paper was originally Published in 2015 by the Rift Valley Institute (RVI) 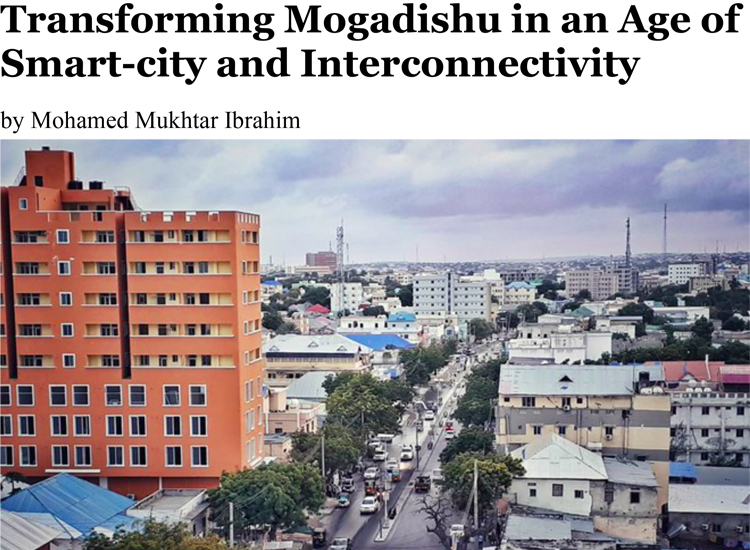 Mogadishu, just like many other cities in the world, has been exposed to global opportunities, enabling citizens to expand and grow their businesses in ways never before possible. While the Dhaweeye, the Uber version of Mogadishu, matches a customer with a nearby driver and take the customer wherever they want to go, the Electronic Virtual Cash (EVC) enables people to transfer and receive mobile money. However, it has been a long time coming for the city which has a rich history spanning over 1000 years...READ MORE 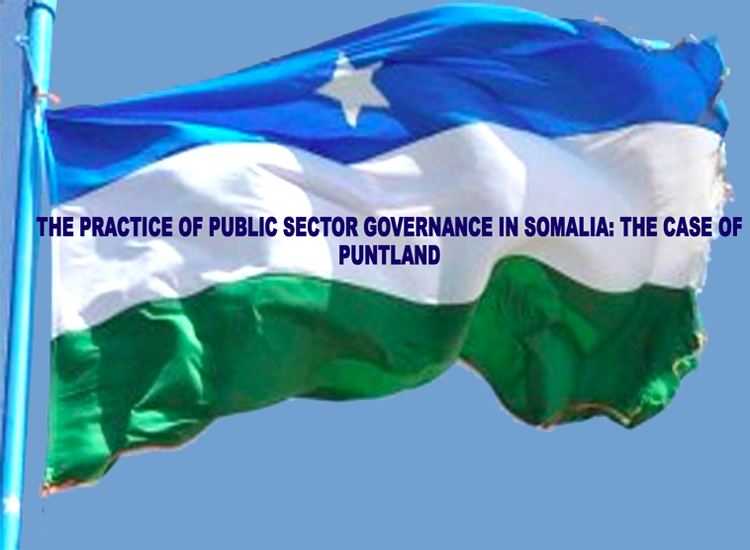 Governance is the way in which government uses the power in the process of pursuing the country’s economy and socio-political issues. Good governance is being regarded as the major steering engine in development. Bearing in mind the importance of good Governance implementation in the public sector......READ MORE
This paper was originally published on iiste.org